Lower Trinity River
The winter fish that are moving through the Klamath are starting to make their way into the lower Trinity. Boats drifting the Willow Creek area are catching a mix of fresh steelhead and downrunners along with a handful of half-pounders per trip. Flows were running at 3,300 cfs on the Hoopa gauge as of Wednesday, but it predicted to rise to 6,400 cfs by Friday afternoon. Should be in fishable shape through the weekend.

Trinity fall salmon allocations
Not only will the recreational ocean salmon season be restricted, but sport anglers will have a few less Trinity River fall Chinook to harvest this year, as well. The recreational allocations, or quotas, as proposed by the PFMC will range from 1,234 to 1,217 adult fall Chinook in 2021 across the three alternatives. Last year’s basin-wide quota was 1,296 adults. If, for example, the first option is chosen, the quota for the Klamath and Trinity basins would be 1,234 adults. Of those, 617 would be allowed for sport harvest from State Route 96 bridge to the mouth of the Klamath.

From the bridge to Iron Gate, 210 could be harvested. The Trinity would receive 407 adults for harvest. The Spit Area (within 100 yards of the channel through the sand spit formed at the Klamath River mouth) would close when 185 adult kings were taken downstream of the U.S. Highway 101 bridge.

The three quota alternatives are not final but will be decided during the aforementioned April PFMC webinar meetings. Once the quota is agreed upon, 50 percent will go to the lower Klamath basin, 17 percent to the upper basin and 33 percent will be allocated for the Trinity River. These quotas would go into effect Aug. 15th.

The True Gem of all Fishing Beads 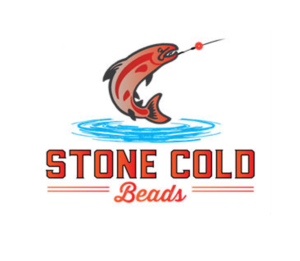